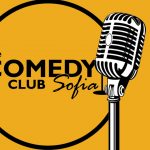 The Comedy Club Sofia is the first and only Comedy Club in Bulgaria. With more than 20 shows per month in Sofia and 10 more in the whole country, The Comedy Club shapes the stand-up comedy scene in Bulgaria.
Open Mic is the only way to become a comedian at The Comedy Club Sofia. Our Open Mic, however, is not only for wannabe professional comedians. If you want to try and go on the best comedy stage in the country, you can be a hobby comedian. The Comedy Club Sofia is a place for friendship, laughter and sense of humor.
If you want to join our open mic and hopefully our family, just write us via Facebook, or e-mail:
comedybulgaria@gmail.com
https://www.facebook.com/comedyclubsofia/
Do not hesitate and join the best Open Mic in Bulgaria. We are looking for the next top comedians in the country and it just might be you 🙂